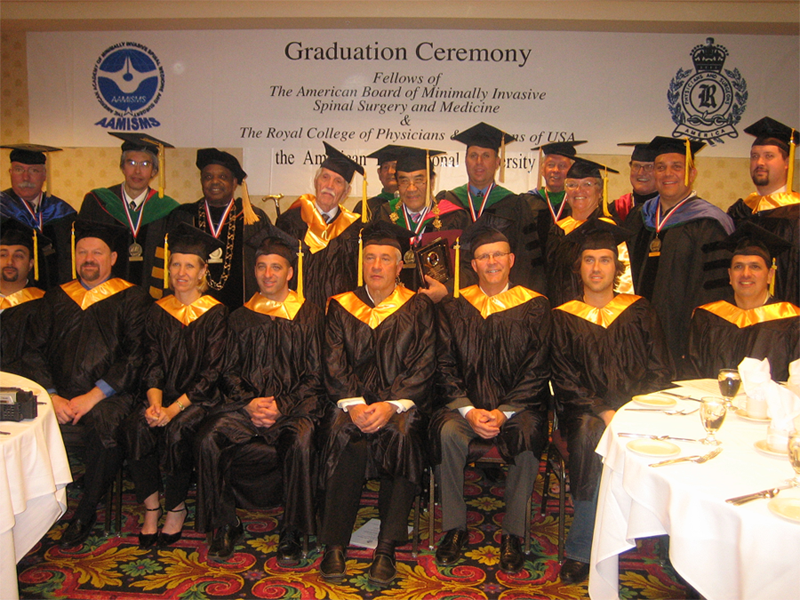 After several years of experience, following the M.R.C.P. or M.R.C.S. award, physicians were selected (not upon their own initiation or application) by the College for further screening and evaluation of their background. They were then bestowed with the honor of becoming a Fellow (F.R.C.P.; F.R.C.S.), the highest ranks any physician could expect to achieve in their lifetime. The esteemed Royal College consists of an exclusive and honorable group of distinguished, eminent practitioners of medicine and surgery around the world.

The physicians who achieve either the Membership or Fellowship of the Royal College are authorized to use the titles: M.R.C.P., M.R.C.S., F.R.C.P., F.R.C.S., etc… on their letter heads and or business cards. The moment physicians become members of fellows of this distinct, elite, and professional organization, it creates a dramatic change in esteem. This is the highest level of recognition and honor, a cumulative lifetime achievement award in the medical professions.

A subsidiary of American International University

In addition to Membership and Fellowship levels, The American International University with Michigan Institute of Technology went further than other sister Royal Colleges to institute the tiles of Master Physician and Master Surgeon awards for physicians who already have achieved distinction and Fellowship status. These titles are presented to certain, rare physicians of the highest distinction and repute. Since 1984, the Royal College has conferred three Master Surgeon awards to: Dr. Hussein, the former physician of the Prime Minister of India, Dr. DeBakey, a top-notch, world-renowned cardiovascular surgeon, and most recently to Dr. Leonard Malis, a distinguished neurosurgeon and Nobel Medalist, inventor of prototype bipolar coagulation and microsurgery under binocular microscope and many other useful scientific instruments used in Neurosurgery today. Dr. Leonard Malis received the Ph.D. (honoris causa) in absentia at the recent graduation. Other distinguished famous medical-scientist scholars and physicians who were inducted as Fellows of the Royal College recently, include Professor Lloyd A. Dayes, the Chairman of the Neurosurgery Department at Loma Linda, the author of numerous scientific articles whose gift for teaching inspired hundreds of students and residents with a balance of didactic research and patient care. Professor Dayes has stressed overcoming obstacles, accepting hard work, turning dreams into reality, and maintaining faith in God.

Within the last several years, The Royal College has worked diligently to address a growing demand by physicians, from all over the world, who desired to garner academic credit for the many years of research performed within their respective medical and surgical disciplines. To this end, the Royal College, in affiliation with the American International University, is the first cyber-academic institution of its kind, offering M.S. and PhD (D.Sc. optional) in clinical research for licensed health care professionals. Through the increasingly popular concept of the virtual campus, licensed providers of the healing arts can now complete individually designed degree programs, at their own pace, and without the need to leave their busy practices.

Welcome to the Royal College of Physicians and Surgeons of the United States of America’s new website!

Please peruse and contact us with questions. We are excited you are here!

The Royal College of the U.S.A. emphasizes quality of health care delivery, a commitment to continuing education, and the use of science and art of medicine and surgery to benefit others.

Please look out for current articles highlighting this!

Download or fill out our application online by clicking here.